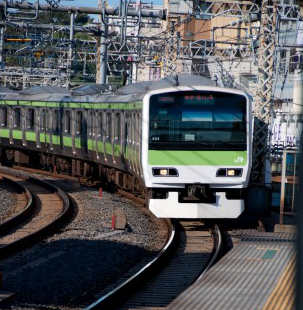 Trains are the most reasonable and punctual transportation method. You can buy a ticket at a ticket wicket or an automatic ticket machine, referring to a train map with the fare above the ticket machine. (Insert money and press the fare button.) Lately, you can also use a rechargeable card, such as SUICA and PASMO, with some money topped up, and pass it over a card reader at the gate of each station.

Subway：
Tokyo Metro and Toei Subway.
There are many lines running in the Tokyo Metropolitan area.
They are very useful once you master how to ride them. 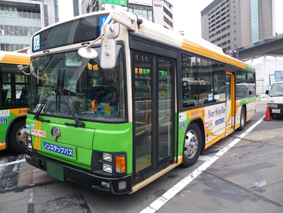 Toei, Tokyu, Keio and others, run different buses. The fare is 210 yen or 220 yen in general at a flat rate wherever you get out and pay when you get on the bus.
You can pay in cash or by SUICA or PASMO, rechargeable cards.
To get out, press the buzzer to let the driver know. They sometimes cannot run on time due to traffic. 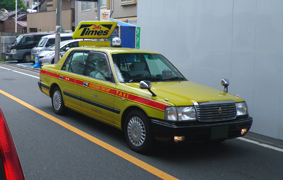 You should put your hand up when you see a taxi with the display of 「Empty Car」.
The door opens automatically, and then tells the driver your destination.
The fare of a ride is calculated with the distance or the duration and it costs at least 730 yen.
This is much more expensive compare to train or bus, however it is convenient and easy to get to your destination. Meanwhile, you will need to remember it costs a lot.
Japanese often take a taxi after 1am when the last train and last bus service finishes. 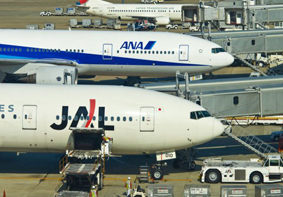 There are two Airports, Haneda and Narita, in Tokyo Metropolitan area. The airlines based on Tokyo, Osaka, and Nagoya connects to regional towns and cities. The Airports are located in a bit far from the center of each city due to noise problems.
Using airplanes enables you to shorten your travel time, however it is still quite expensive and it usually takes long time to get to downtown from the airport.

The best way to save your money would be to cook yourself, but there are tons of places
to eat out in Tokyo. You can learn Japanese food culture as you consider prices, your
likes and dislikes. 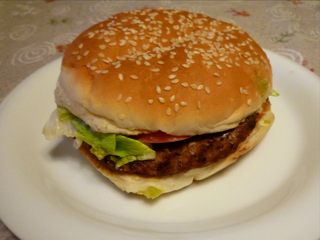 The most popular fast food. The price of Hamburger depends
on shops, but it is usually about 150 yen per one.
McDonald’s, MOS Burger, BURGER KING, Lotteria, First Kitchen, Becker’s and Subway 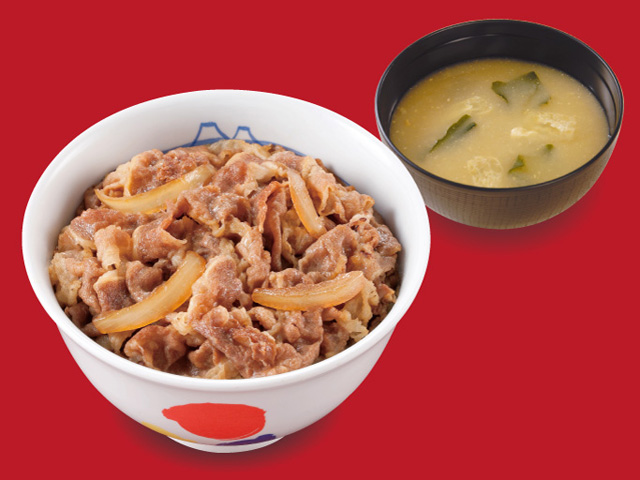 Gyudon is beef and onions cooked with special sauce served on top of a bowl of
rice. We call it Don. Some stores also have one with pork or chicken and Curry
and rice. Gyudon(Medium size) is about 300 yen on average.
Many stores open for 24 hours.
Yoshinoya, Matsuya, Sukiya 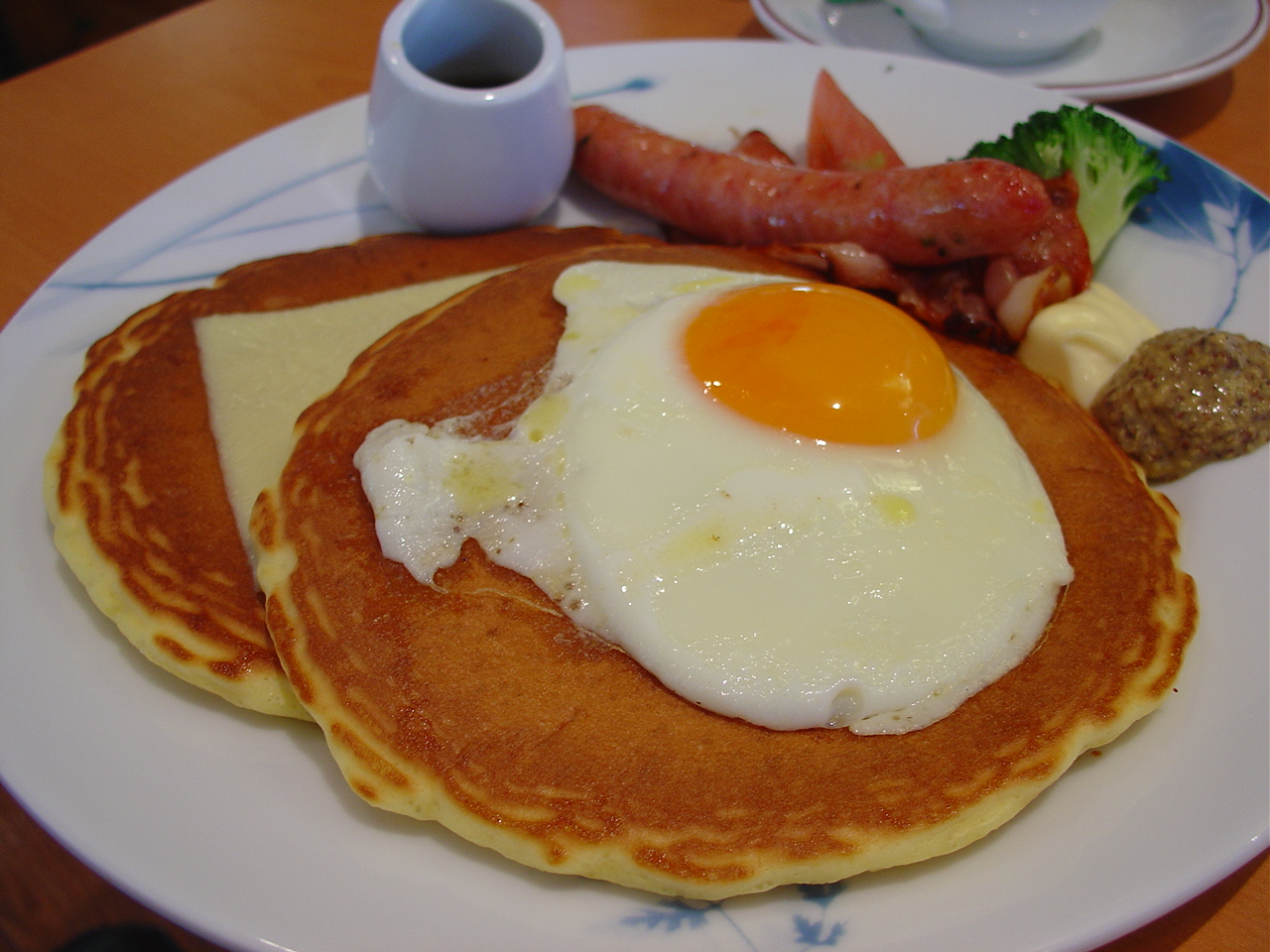 They have Japanese, Western, Chinese and various kinds of foods. One dish is about 1,000yen.
Some restaurants open for 24 hours.
Denny’s, GUSTO, Royal Host, Jonathan 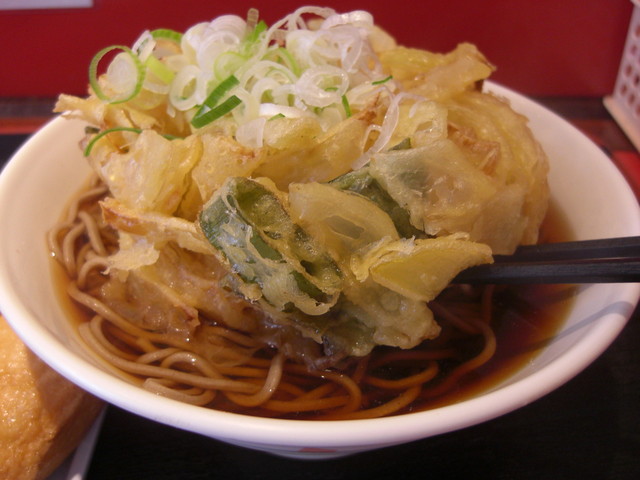 Eating Soba/Udon (Japanese noodles) with standing up.
You can choose Soba or Udon, and hot or cold, besides you can
also add Eggs and Tempura etc. with slight extra cost.
It is about 400 yen.
Some shops open for 24hours and some of them are inside a station. 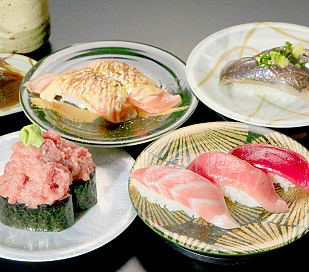 Little plates of sushi go around on a circular conveyor belt. You can take the plates from the conveyor belt and eat sushi. Your bill will be calculated by the number of the plates you took. Some shops set a flat rate of 100 yen for one plate, and some other shops offer difference prices by each plate’s color. You can order the one you want to eat if there is none on the conveyor belt. 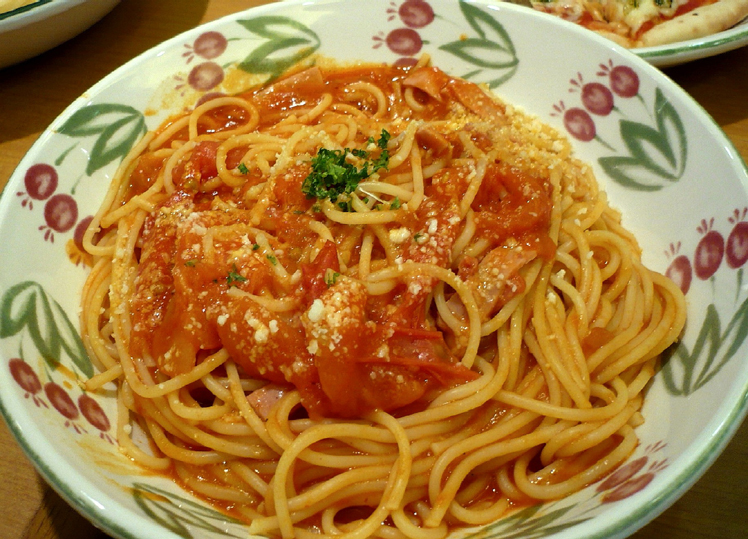 Italian food restaurant. They have Pasta, Pizza, Rice casserole, and
Gratin. Most of the dishes are about 500 yen on average. 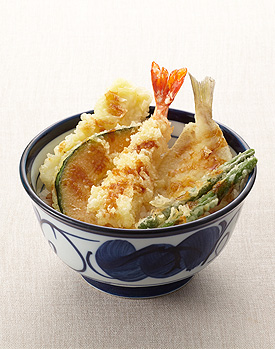 Tendon shop. Tendon is a bowl of rice topped with deep fried fish and
vegetables. It is about 500 yen.

They have food, groceries and various kinds of stuff ,and open for 24 hours. You can pay utilities bills and also most of all the stores have ATM machine and allow you to withdraw money anytime.
・Seven-Eleven, Lawson, Family Mart, Circle K sunkus

Japanese style Bar where you can get alcohol and light meals.
Almost of all Izakayas open at 5pm.

In order to rent a room in Japan, students are required to have a guarantor who lives
in Japan, and to pay the rent (includes deposit, Key-money and a rent for first one month) for 3 months in total beforehand.
・Deposit (Shikikin)： Reserve for mending.
Generally the same amount of money as the rent of one month.
・Key-money (Reikin)： Rental agent’s Commission to be paid to a Real estate agency
Generally the same amount as the rent of one month.
However, more and more dormitories start not charging this Japanese style commission.

★What to see, where to go, Events in Japan throughout the year 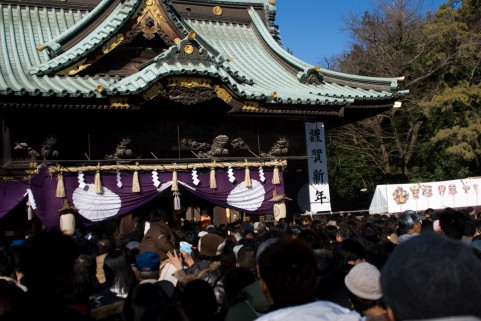 Hatsumoude ：
to go visit a shrine or a temple near one’s house and to pray for peace and safety
for the year.

Seijin shiki (Coming of age celebration)：
This is a celebration of being 20 years old.
In Japan, people who are over 20 years old are allowed to drink alcohol and to smoke. 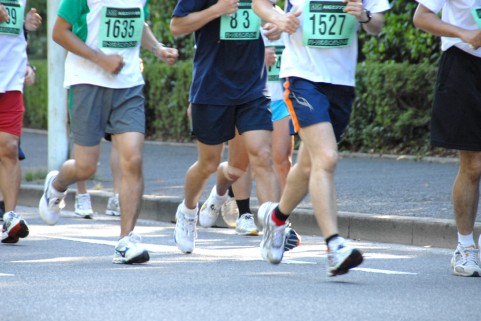 Setsubun (Bean Throwing Night)：
to pray for being in the enjoyment of sound health. It is said that we can exorcise
demons by throwing beans and you would be in the enjoyment of sound health by
eating beans as the same number as your age. Recently, to eat an Ehou maki (kind
of Sushi roll) towards the direction of good luck of the year, is getting popular. 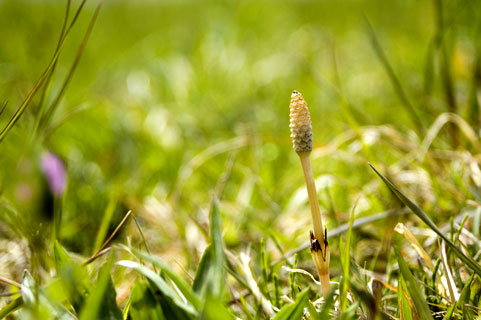 Graduation ceremony： Almost of all schools in Japan hold the ceremony in March. 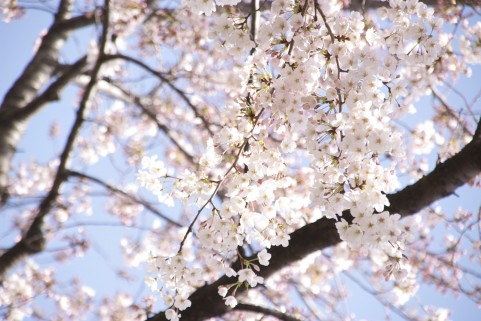 Golden week (Early-May holiday season)：
This is a long holiday from the end of April to the beginning of May in Japan. 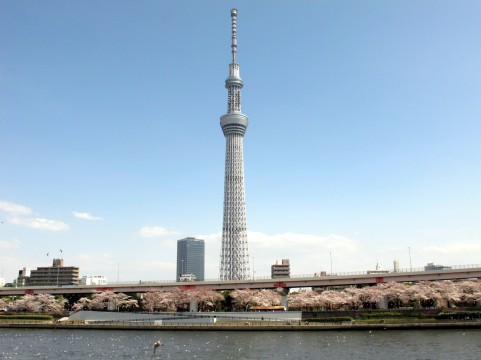 There are lots of big festivals at shrines and temples below from the middle of May
to the end of May.
Kanda Festival（at Kanda Myojin Shrine）
Sanja Festival（at Asakusa Shrine）
Grand Festival（at Yushima Tenjin） 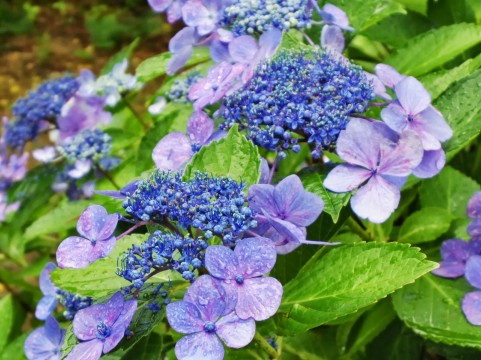 Tsuyu(The rainy season)：
It is the month when we have lots of rain. 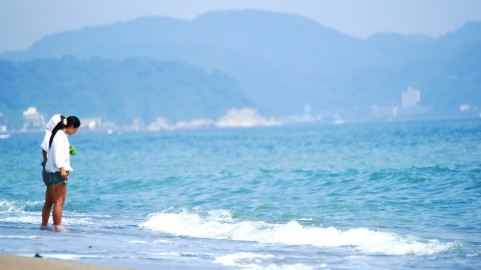 Umiburaki(The start of the swimming season)：
The sea and beaches are open for swimming officially, as it gets warmer and hotter.

Hanabi Taikai(Fireworks Festival)：
A lot of fireworks festivals are held in various places in Japan from the end of July to
the beginning of August. 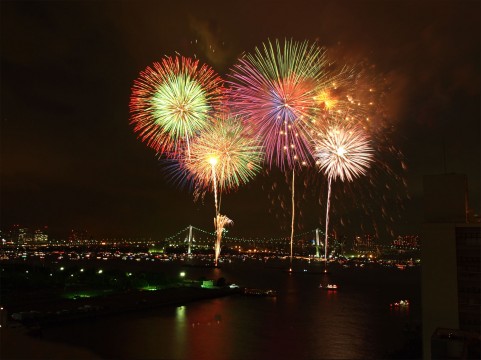 Obon Holiday： Most of people get a few days holiday officially to visit their family grave.

Asakusa Samba Carnival：
A samba carnival with full of Brazilian atmosphere, is held at the end of August. 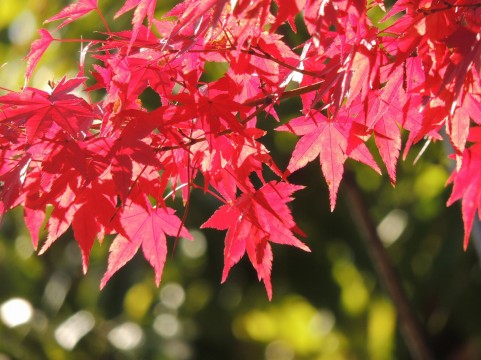 Tori no ichi(Cock fair)：
A fair where people sell and buy rakes, which people believe as a charm of a good
business.

Momiji gari(Autumn-leaf viewing)：
People go to see the autumn leaves as most of trees change colors. 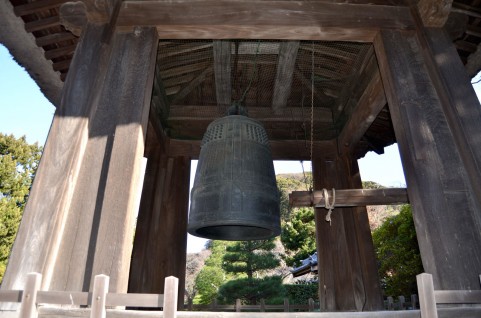 Joya no Kane(Bells ringing out the old year：
Bells start ringing out a few minutes before the 31st ends.
Some shrines let people to ring the bells.